Efficiency and Organisation - lack of.

So I rang the job centre to tell them I have a job.  They provided me with a a leaflet when I first signed on that told me exactly what I needed to do.  All very helpful.

Third call - I got through to a lady who said she wasn't at her normal desk and the computer she was at hadn't got the icon she needed!  So they would call me back.

Half an hour later I got a call back.

I am no longer a jobseeker!

Good news on the job front

I have been offered a job as a Senior Order Processor for a window manufacturer.  I start in just over a week.  I will no longer be a jobseeker.  Hooray!

Good news on the figure front

My demonic cabal arrived yesterday.  More figures to paint.  Hooray!
Posted by Jobseeker at 03:28 No comments:

... non for ages then two come along at once.

I had a phone call from a guy I used to work with.  He now runs a window manufacturing company and he needs someone with experience of processing window orders - and my name came up.  So he rang me.

Now I have an interview on Thursday and I'm going to see him on Friday.  Two interviews in two days.

How did my name come up? That is a strange coincidence.

Some months ago I was in town collecting a parcel from the post office when I hear a voice say, "Excuse me, are you Greg Smith?"

Again I answer in the affirmative.  So-and-so worked at Window Company #2. *

It turns out So-and-so had asked about me, because the guy I didn't recognise worked at Window Company #1 when I did.  In fact (to blow my own trumpet), he had described me as 'the best order processor he had ever known.'

So now So-and-so needs an experienced order processor and called me.  I'm not sure where he got my number after 15 years.  I am in the book, but so are a lot of Smiths!

Are you confused after reading that?  I am after writing it. :-)

To add to the weird coincidences, a few days before this all kicked off, I had had a reading from a psychic.  I don't believe in that sort of thing but this was from a friend of a friend.  Any way, she had said that I would meet and old friend.  I guess So-and-so can be considered an old friend.

Posted by Jobseeker at 05:53 No comments:

My local stationers/craft shop still sell modelling paint, they are just having a move around.  So those judges will be getting their should pads in glorious colour.
Posted by Jobseeker at 05:34 No comments:

My yellow paint has dried up.  Darn.

My local shop seems to have stopped selling it.  How am I going to paint my judges' shoulder pads?
Posted by Jobseeker at 15:43 No comments:

I have a mortgage.  I have insurance on my mortgage that pays out should I become sick or lose my job.  Yes, this is the dreaded PPI.

I have claimed on this mortgage because I lost my job.   Because I claimed, I did not look into claiming on the government's scheme to pay mortgage interest.

Out of the blue, I got a form to claim on the government's scheme.  I ignored it, assuming that even if I did claim, I would not be eligible.  But then a few weeks later, a second form comes through the door.  At this point, I start to think maybe I should fill in the form.  It is only a short time later that I receive... you guessed it... a third form.  This comes with a letter giving me a deadline to return the form.

So I fill it in.  It has to go to the building society before for them to fill in parts of it too.  But my local branch won't do it - it has to go to their head offices.  So this form goes all the way round the country and gets back to the DWP of Job Centre central HQ, or wherever.

A few weeks after that, I get another letter and another form with a demand for further detail of my mortgages and remortgages.  If you've lost count, this is my fifth form.

And finally (so far), I got a sixth form last week.  This one is about my mortgage insurance.  I haven't filled it in yet, but I'll keep you posted if I get anymore after this.
Posted by Jobseeker at 04:08 No comments:

As promised, details of our Apes vs Robots games.

Game 1 was a head to head fight. The Gorilla with a katana was very, very nasty. Ultimately it came down to the combat droid vs the orang utang. A figure with +3 agility in cover is damn hard to kill. Almost as hard as a robot with 7+ armour in cover. 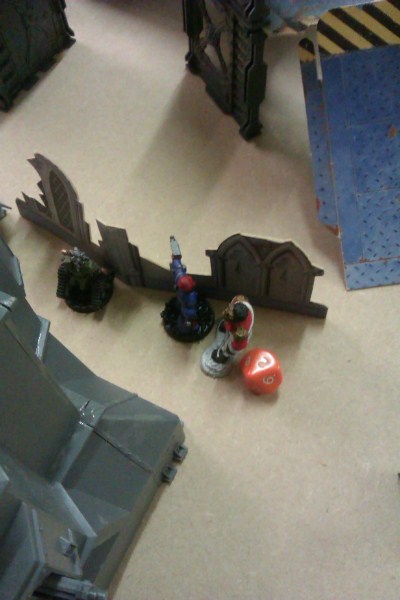 The second game was the Mall. While the combat droid was at the mall shopping for new treads, an orang utang decided to insult it. Then there was shooting and carnage. 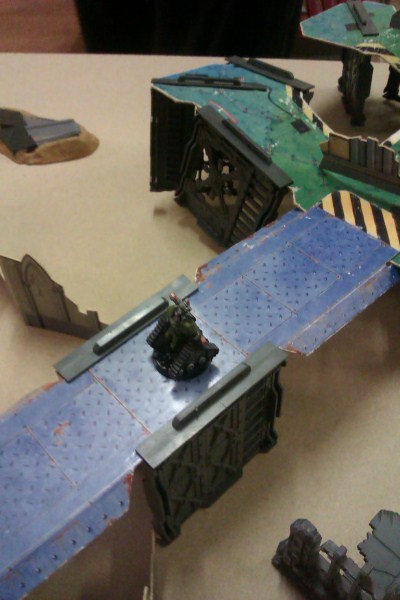 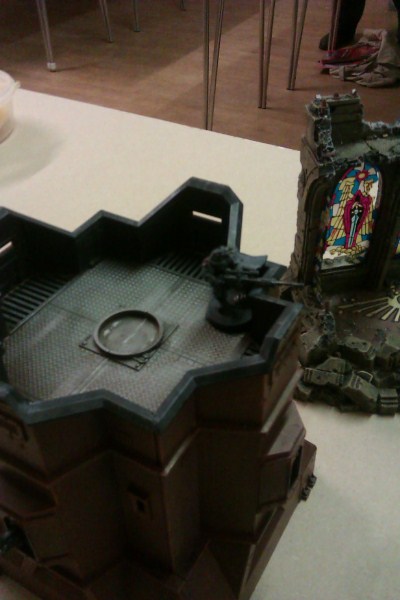 While the robodogs kept the apes at bay, the robots evacuated the mall, killing a pair of gorillas on the way. The orang utang was left alone in his tower, wondering what had happened to his friends.

We even had time for a third game, so tried out the demolition scenario.  Bad rolling on the part of the apes meant that the robots could destroy the apes' tower with ease.